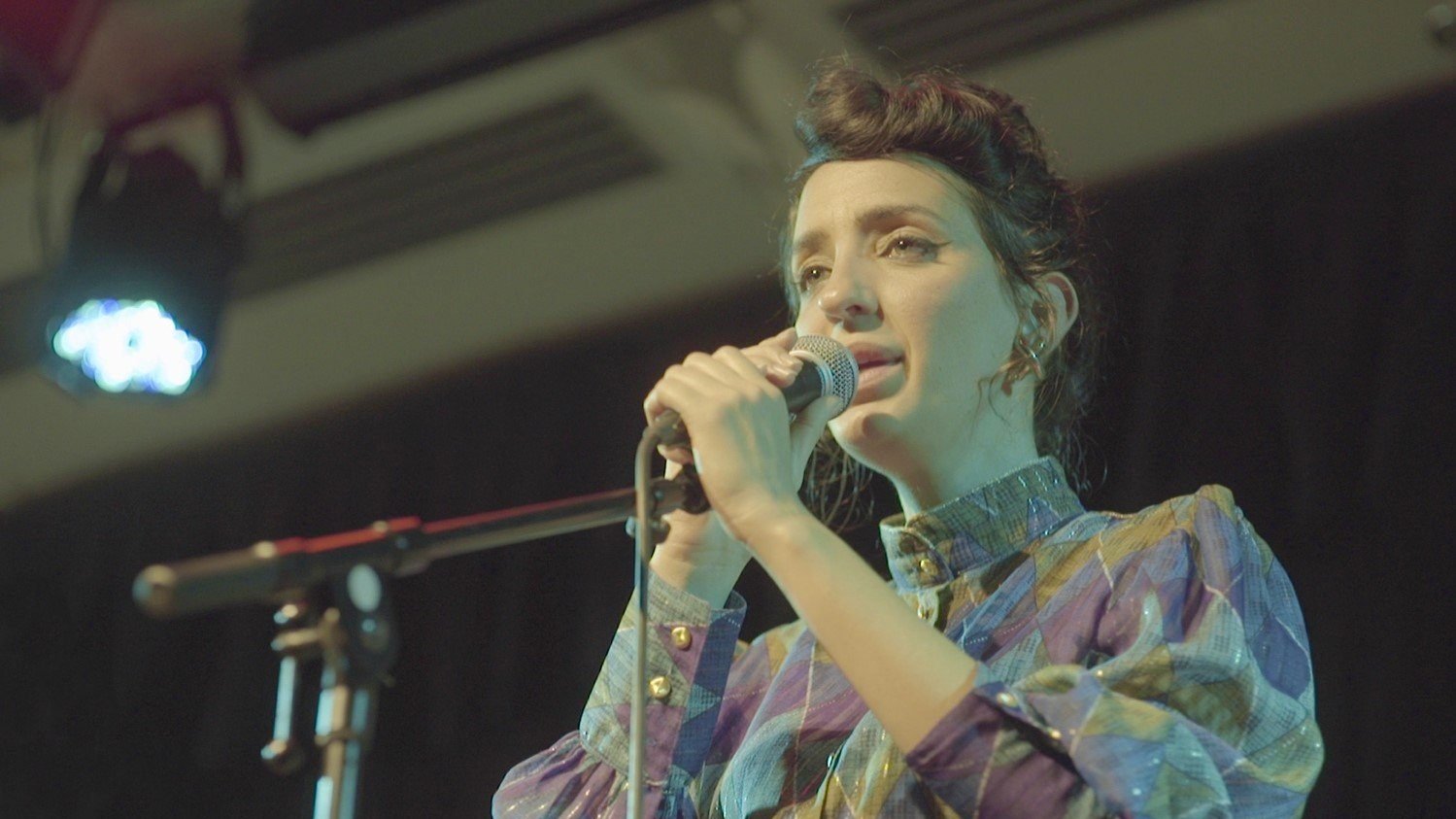 Roni Dot would have loved to be born in a different decade.

Raised in Tel Aviv, but always longed for America of the 80’s or Paris of the 30’s,
these stylish old-school inspirations are well reflected in her
electropop theatrical sound.
Dot’s latest album “Flamingo Pink” (Due for release spring 2023) Combines pensive lyrics
with pop melodies that create her own unique bittersweet style.

Roni Dot performed in the 2022 editions of Rosa Laub festival (Vornbach DE), Altonale festival (Hamburg DE)
and many more venues across Germany on her ‘22 summer tour and on the 2019 edition of the international showcase “Live at heart”.

During the Corona crisis Dot initiated and produced a unique project featuring
33 vegan musicians from all around the world singing a cover version of Bob Dylan’s “Times they are a changing’ “.
The project was meant to raise attention to climate change and the human contribution to it,
a topic Dot cares deeply about. Much media attention was drawn to the project
including TV interviews,radio plays and blog features.

“Amazing performer, beautiful voice and wonderful songs.
Plus: The lady is hilarious! If you get the chance to see her live –
don‘t miss it!””

“There are magical moments in this album…

“You need to hear Roni once in order to understand it’s not the last time…
and the sooner the better.”

“A precise, thorough album aimed for an international crowd”